POLYGRAPH AND THE LAW IN NAMIBIA

In Namibia there is currently no legislation regulating the use of the polygraph. Therefore, there is nothing prohibiting or preventing the submission of polygraph results to corroborate other evidence in our Courts of Law. It is also legal to request employees to voluntarily subject themselves to polygraph examinations.

Proper polygraph procedures comply in every respect with the contents of the Constitution and the Labour Relations Act, and actively promote fair labour practices and respect for the human rights of the examinee, because it affords the innocent person an opportunity to be heard and to prove their innocence.

Polygraph results can be utilized in labour disputes and disciplinary enquiries. The acceptance of polygraph examination results will depend largely on the credibility and qualification of the examiner and the manner in which the examination was conducted.

Polygraph results have been submitted and acknowledged in a number of Commission for Conciliation, Mediation and Arbitration (CCMA) cases recently, and they are frequently submitted during internal investigations and disciplinary hearings to corroborate other evidence. It appears that the question is not so much whether polygraph test results should be allowed, but rather how much weight they should carry. “Within the legislative framework and the general rules of evidence, the question really is how much weight will be accorded to polygraph test results, and the answer to this is probably dependant upon the type of test used and the qualifications and experience of the individual examiner” (Christianson, M. Industrial Law Journal 2000 vol 21:34). 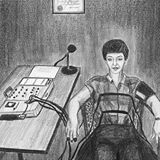 THE STATUS OF THE POLYGRAPH IN THE COMMISSION FOR CONCILIATION, MEDIATION AND ARBITRATION (CCMA)

In terms of Namibia Law, there is no legislation regarding the polygraph, either for or against the use thereof. Most of the respected legal experts are in agreement that when a person consents to a polygraph examination, it cannot be seen as done in contradiction of the constitution.

In recent years a number of interesting developments took place which brought the issue of Polygraph Evidence to the fore and in some instances into the spotlight.

According to the well-respected Edward Nathan and Friedland Inc Attorneys in Sandton, the case of Mncube & Cash Paymaster Services (Pty) Ltd KN1583, 6 May 1997 showed that the Commissioner accepted the polygraphist as an expert witness whose evidence needed to be tested for reliability.

According to the commissioner in Zoned & one other & Floccotan (Pty) Ltd KN2845, of 28 August 1997, the court went too far when rejecting lie detector evidence in the case of Mahlangu v Cim Deltak. The duty of the commissioner was seen to be to determine the admissibility and reliability of the evidence but the respondent did not prove the reliability thereof by calling upon the testimony of the expert. A similar finding was made in the instance of SACCAWU & Sterns Jewellery NP144, 30 April 1997.

In Hotellica Trade Union & San Angelo Spur WE3799, 24 November 1997, it was held that the lie detector test may not be interpreted as implying guilt but may be regarded as an aggravating factor especially where there is other evidence of misconduct.

By now most IR practitioners are familiar with the case of Harmse & Rainbow Farms (Pty) Ltd. In this matter the employee was one of 15 who had access or potential access to the missing equipment. When offered an exculpatory polygraph examination, Mr Harmse at first declined then changed his mind and did complete the test which he was the only person to fail. When offered another examination which could have led to his total pardon, he declined the opportunity and was then dismissed for reasons of breach of trust. The employer then dismissed him on the basis of not theft, but breach of trust relationship. This position and decision of the employer were upheld by the CCMA. Furthermore it was noted that:

Although the Lower Court has been slow to admit polygraph evidence and the High Court has yet to rule on the admissibility of polygraph results and establish what weight should be placed upon it, the CCMA is acknowledging it as a forensic tool.